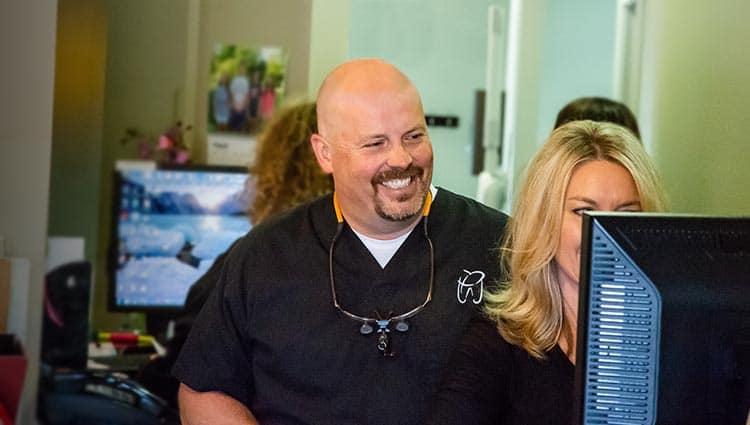 Dr. Roger Harris, or “Trey” as most of his friends know him, moved to Greenville from Raleigh as a teenager. Since then he’s been proud to call the Upstate of South Carolina his home. Shortly after his family relocated to the area, Trey met Jill, who became his high school sweetheart, then his wife. Trey and Jill have been married for over 20 years and have four children: Roger, Anna Kate, Elizabeth, and Sarah…and a pet dog named Carrie.

Dr. Harris is a graduate of Clemson University, where he also studied master’s level microbiology before attending dental school at the Medical University of South Carolina (MUSC) in Charleston. Dr. Harris has practiced dentistry mainly in the Upstate for the past 15 years.

A Pastime Becomes a Passion

A few years ago, Jay Martin, a friend of Trey’s asked him to train and run with him to check running a full marathon off his “bucket list”. Their adventure inspired the two friends to make a rather unusual commitment: run 50 marathons in all 50 states before they both turn 50.

They started in Baltimore in 2006 and only have 5 states remaining. They plan to finish with races in Hawaii and California the last year. The friends were featured in the Winter 2013 issue of Pace Running Magazine, “a running magazine for Greenville and beyond.”

In addition to his interest in fitness, Dr. Harris serves his community in various ways. He’s helped coach his daughter’s Furman United soccer team for eight years and is an assistant scoutmaster for his son’s Boy Scout troop. Dr. Harris and his family are active members of Edwards Road Baptist Church where Trey serves on the missions committee and has participated in short-term mission trips to Nicaragua, Venezuela, Brazil, Romania, and Nigeria.

When asked what his greatest desire is, he answers sincerely, “My primary motivation is to care for my clients and patients, to meet their needs. I hope in the end I’ll be best known for acts of kindness and generosity.”

From the moment you arrive, you’ll notice that our office is different. Our friendly and professional staff is ready to accommodate your needs and provide the compassionate dental care you deserve in the most gentle and stress-free ways possible. We invite you to schedule an appointment today.